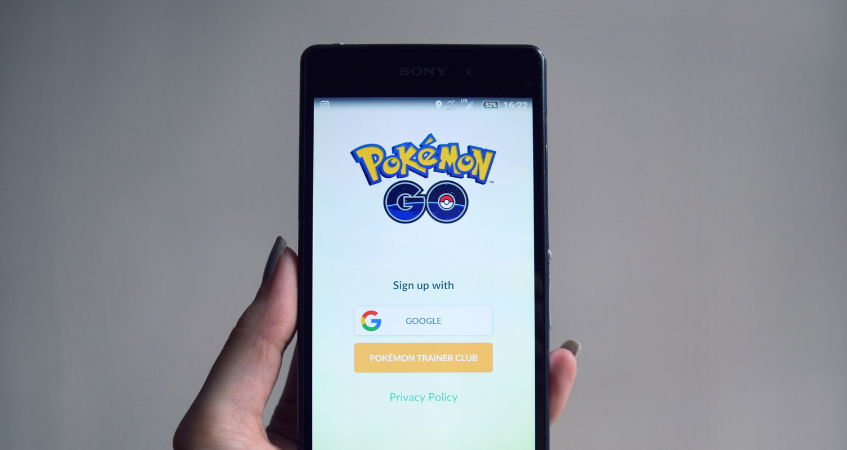 It’s official:  Pokémon Go has taken the world by storm. A week after release, it had more active users than Twitter and more engagement than Facebook. Players are walking off cliffs and walking into traffic.  Those of us who don’t play are thoroughly confused, by both our friends’ behavior and by the incomprehensible babble coming out of their mouths.

“Pikachu?” “Gesundheit, and I’ll thank you to cover your mouth next time you sneeze!”

Why does everyone love Pokémon Go? Would you be surprised to learn that language has a lot to do with it? If you’ve been scratching your head in confusion, your wait is over. Let’s unravel the mystery of the language of Pokémon Go, and why the game seems to be taking over the world.

POKEMON GO RELEASE’s!! The most recent launches were in Japan on July 22nd!! France on July 24th!! Hong Kong on July 25th!! Each time the game has been released in a new country, the servers have typically crashed or become extremely unstable , especially when it was released in Japan!! The game is expected to be released in more countries over the next few weeks, although it’s possible Niantic might delay some of these launches due to server issues. #pokemongo #pokemongoplus #pokemongooffical #nintendo #niantic

In the late 90s, Pokémon was kind of a big deal. The little “pocket monsters” (and their associated games, cards and other merchandise) spread from Japan to the US and everywhere in between.

It should come as no surprise, then, that 25% of Pokémon Go players are between the ages of 30-40, and 46% percent are between the ages of 18-29.  A substantial chunk of those 2 age groups would have been kids in the late 90s/early 2000s. Pokémon mania created a common touchpoint for people around the world who were kids at that time. So, the game taps into feelings of nostalgia that cut across cultures.

As the world becomes increasingly interconnected, there will be more of these common cross-cultural experiences to bind us together, and more opportunities for businesses and brands to create and harness them.

Pokemon Go has landed in Hong Kong and oh my god. I thought the reports were exaggerated. They were not. pic.twitter.com/LlhLxd70fa

Even for players who are new to the Pokémon world, Pokémon Go offers a shared experience that allows them to connect with other players, both nearby and from around the world.

What’s the glue that binds Pokémon players together? Language. That same gibberish that has outsiders scratching their heads creates a powerful “insider’s bond” between players.  As Bryant Francis of GamaSutra explains:

Pokemon Go’s verbal words and choices come with a huge swath of nonverbal baggage. Catching, evolving, and battling are all a set of terms that come with unspoken implications about power, strategy, and relationships with other players, and the interactions behind these specific words have been defined by playing Pokemon games for several generations.

The mechanics of Pokemon Go aren’t just a culture or marketing brand, they’re a language whose value and weight is understood by some, and then taught to others.

A shared in-game language and set of experiences is an important component of Pokémon’s global appeal.  But the differences between the regional versions of the game are equally important.

Pokémon Go has been released in 37 countries to date. In addition to translating the language of the game, the developers also customized it for each region. For example, there are 4 special regional species of Pokémon in the game that only live on specific continents. Plus, Pokemon Go is an augmented reality game. Since gameplay takes place in the real world, the game is inherently localized by incorporating local buildings and landmarks.

The Pokemon franchise as a whole has always been serious about translation. The names of all of the monsters are translated into local languages. So, “starter Pokemon” Bulbasaur is Bulbizarre in French and Bisasam in German. Rock creature “Geodude” is  Kleinstein in German.

And people have become quite attached to the way the monster’s names have been translated. For example, in Hong Kong there were protests at the Japanese Consulate because Nintendo announced that a different upcoming Pokemon game would be released in simplified Chinese instead of Cantonese, thus changing the pronunciation of Pikachu’s name. As Quartz’s Zheping Huang explained in MyNintendoNews:

“Pikachu was originally translated as 比卡超 (Bei-kaa-chyu) in Hong Kong. Now it is named 皮卡丘 (Pikaqiu). While the name 皮卡丘 in Mandarin sounds similar to the global name Pikachu (as it was always called in China and Taiwan), it reads as Pei-kaa-jau in Cantonese, which doesn’t sound the same at all.”

Although Pokemon is known for thoughtful translation and localization, there are some notable bloopers this time around. Localizing Pokemon Go would have been a massive undertaking, and there are a few little glitches that make it obvious machine translation was used in places. For example, as AppLangua notes:

The street “Schinkestraße” in Berlin appears as “Ham Street” in English (“schinken” means “ham” in German). The fact that the translation does not keep a proper noun, such as a road name, points us to the belief that the text was machine translated without much review.

The Language of Pokémon: A Phrasebook for the Uninitiated

Have all of your friends become obsessed with Pokemon Go? Tired of inside “Pokejokes” leaving you clueless? Here’s a phrasebook to help you translate:

Many consider this Pocket Monsters an instance of wasei-eigo, literally “made-in-Japan English.” This special and complex class of words resemble loanwords in that they draw on foreign words, but Japanese speakers re-fashion this source material for whole new purposes. A classic example now familiar in English is salaryman, or sarariman, a white-collar worker whose income is based on a salary.

Pokemon are wild monsters that can be caught and trained to fight. Players try to catch and “train” as many different types of Pokemon as possible. The game’s slogan? Gotta catch ’em all!

Do you play Pokemon Go? Why or why not? Let us know in the comments, but please keep it civil! If my Facebook feed is any indication, there are strong feelings on both sides of this particular debate.