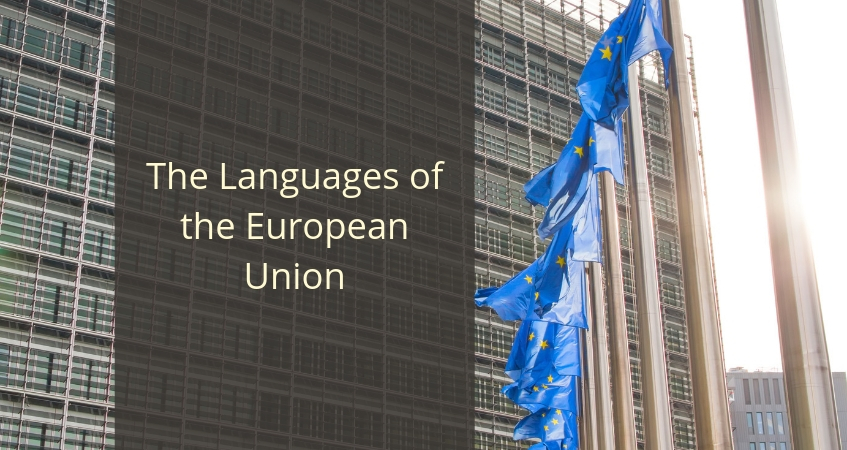 9  May is Europe Day, a day to commemorate the birth of the European Union and celebrate peace and unity in Europe. To celebrate, here are seven facts about the languages of the EU that organisations need to know to do business there.

The European Union has 24 official or working languages.

The European Union has 24 official languages. They are:

EU regulations are translated into these languages, as is the Official Journal of the European Union and any documents of importance to the general public. Additionally, citizens of EU member states can write to the EU in any of these languages and receive a reply in the same language.

The only exception is Irish- due to a shortage of Irish translators, only certain documents are translated into Irish. However, the EU expects to be using Irish as a working language by 2022.

For everyday use, EU organisations and institutions rely on three procedural languages.

The EU conducts its day to day business in just three languages: English, French, and German.

That said, while English is used as a common tongue, the English you’ll hear in the halls of the EU isn’t quite the Queen’s English.

Instead, a dialect called “Euro-English” has evolved, influenced by the various native languages of EU bureaucrats. To learn more, see 10 Funny Euro-English Words.

The EU has three official scripts.

They are Latin, Greek and Cyrillic.

In addition to the officially recognised languages, there are more than 60 regional and minority languages.

Some of these are widely spoken and officially supported at the local level; others are endangered.

English is the most widely spoken language in the European Union.

Approximately 13% of EU citizens speak English as a native language, although this will naturally change with Brexit. An additional 38% of EU citizens can speak it as a second language. As a result,  51% of adults in the EU can understand English.

However, English is only an official language in Ireland, Malta and the UK.  Because it has become so entrenched as a second language, it is likely to remain an EU working language even after the UK withdraws.

German is the most widely spoken EU native language.

18% of EU adults speak German as native language. The German language has official status not only in Germany, but also in Austria, Switzerland, South Tyrol in Italy, Belgium, Liechtenstein, and Luxembourg.

The EU spends 1% of its budget on language and translation services.

Want to do business in the EU? English is not enough.

As of right now, the EU is made up of 28 member states, acting as a single market. Together, EU member states generated almost a quarter of the world’s GDP!

Want to reach as much of this market as possible? English alone isn’t enough. Yes, English is the language that’s most widely spoken in the EU- but that’s only if you include second language speakers. Even fluent second-language speakers generally prefer to shop in their native language.  As Nataly Kelly wrote in the Harvard Business Review, “Can you get by with English in Europe? You can if you’re carrying a camera, but not if you’re carrying a briefcase.”

For example, according to a 2011 study from the European Commission:

Customer preferences aside, some information is legally required to be translated into local languages.

As a result, a sound language strategy will take into account the relevant regulations and language preferences for the EU countries where you plan to market your product.

What languages are most important for businesses operating in EU countries?

The five most common languages in the EU are:

However, there’s more to a successful export strategy than just translation.  See our export guides for more details about doing business in EU member states like Germany, Italy and France.

Language Services for the EU Market

If you need language services for the European market, we’re here to help. Our team of qualified, native-speaking linguists, local language copywriters and other experts will make sure that all of your product packaging, labelling, documentation and marketing material is translated correctly every time.

For more information, take a look at the services we offer and contact us about your next project today!