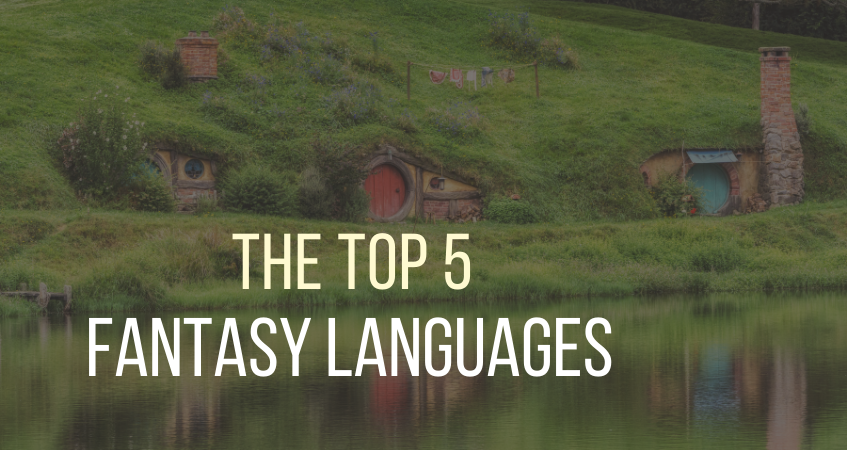 Constructed languages, more informally known as “conlangs,” make fantasy and science fiction more realistic. They also provide a hobby for both amateur and professional linguists across the globe, and a paying job for a select few.

It shouldn’t come as a surprise that the top two spots in this list are taken by languages created by Tolkien.  He was by no means the first author to create fictional languages for his books, but he did put an extraordinary amount of effort into the languages he created and helped to (somewhat) popularize creating languages as a hobby.

In Tolkien’s Middle Earth, Quenya is the language of the “High Elves”, the elves who left Middle Earth after its creation to live in the Elven homeland. A large group of high elves later returned to Middle Earth and spoke Quenya as a second ritual language or in poetry.

Elen síla lúmenn’ omentielvo.  A star shines on the hour of our meeting.  (A fancy way of saying “Hello.”)

In Tolkien’s Middle-Earth, Sindarin was the language of the “grey elves,” a group that decided not to leave Middle-Earth to live on the Elven homeland after the world was created.

The Klingon Language was created for Star Trek in the ’80s by Marc Okrand. It is definitely the most widely spoken fantasy language. One fan even tried to raise his son as a bilingual Klingon native speaker! Alas, the experiment was unsuccessful.

Main real-world influences: Klingon was deliberately devised to sound “alien,” it has some features of Native American and Southeast Asian languages.

Hab SoSlI’ Quch! Your mother has a smooth forehead! (Don’t say this to a Klingon who is bigger than you!)

The most well-developed of the languages constructed for the Game of Thrones series, Dothraki is spoken by the nomadic horse lords of The Dothraki Sea.

Me nem nesa. It is known.

Na’vi was created for the natives of Pandora in the 2009 movie Avatar by linguist Paul Frommer.

Real-world influences: Like Klingon, Na’vi was specifically designed to sound alien, but has a vaguely Polynesian flavour.

Hayalovay. Goodbye or  “Until next time.”