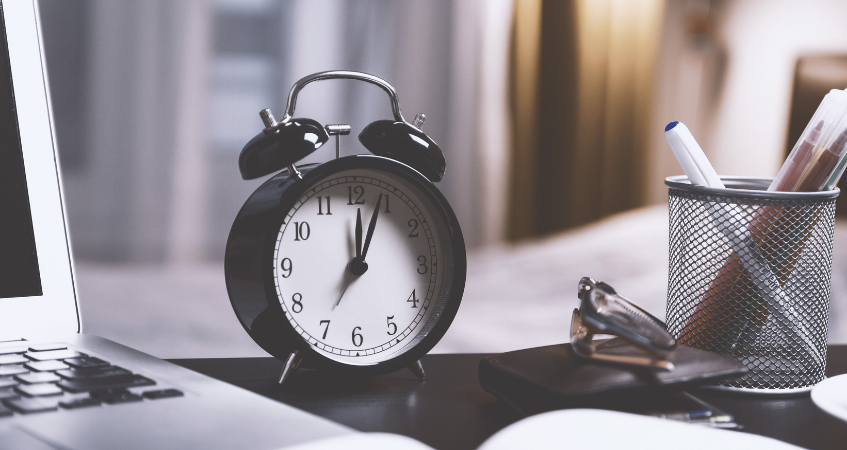 Cultural differences affect all areas of life: everything from what we eat, to what we wear, to how we speak to each other.  They also affect how we view time, deadlines and punctuality.  So, here’s a practical guide to managing your time and punctuality around the world.

Time Management and Punctuality In Spain and Latin America

The Spanish tradition of taking an afternoon siesta is slowly dying. However,  Spaniards still go to bed later than most other Europeans, with the midnight being the average bedtime.

Punctuality is somewhat flexible in Spain: it’s normal to run anywhere from 15 to 20 minutes late unless it’s a business meeting or a bullfight.  Deadlines are typically flexible, as well.

That said, while Spanish might not be strict about timetables and punctuality, they are more than willing to put in time at work -too willing, in many cases. In fact, there’s a word for that in Spanish: “presentismo.” Loosely translated as “presenteeism,” “Presentismo is spending hours more than you really need to at work in order to seem more serious and committed to your organisation,” according to the BBC.

Most of the countries in Latin America share Spain’s relaxed attitude to time, punctuality and deadlines. Despite the linguistic differences, that includes Brazil. In the rare instance when timeliness is essential, the Brazilians will say that it’s on “English time.”

Time Management and Punctuality In France

The French also have a somewhat relaxed attitude toward punctuality, unless there’s a meal involved. While you should do your best to be on time, there’s usually a ten-minute “grace period” for appointments before you’re “late.” However, for meals and social events, you’d better be on time.

Meanwhile, deadlines are usually negotiable, and decisions are not to be rushed.

Time Management and Punctuality in Germany

In contrast to France and Spain, in Germany, everything runs like clockwork, and German culture prioritises punctuality. For meetings, if you’re not ten minutes early, you’re “late”.

The Germans have a saying that means “all things must come to an end”: “Alles hat ein Ende, nur die Wurst hat zwei.” Translation: Everything has an end; only the sausage has two.  And in German culture, it’s expected that everything will begin and end exactly on schedule.

Time Management and Punctuality in India

In Indian culture, punctuality is even lower on the list of importance than in Spain or France. Indian Standard Time is often referred to as “Indian Stretchable Time” for this reason.

Here, personal relationships are generally considered more important than efficient use of time. So, while it’s not uncommon for meetings and appointments to start late, Indian employees are also more likely to work extra hours when needed to help the business or to help a colleague.

Time Management and Punctuality in the Middle East

People in the Middle East value punctuality for visitors. However, you should keep in mind that there are no such etiquette constraints on your host. Meetings are likely to start late. In Saudi Arabia, looking at your watch during a meeting or social event is not polite.

Again, this may seem disrespectful to people from more punctual cultures, but it’s all a matter of priorities. Here’s how one blogger who has lived in the Middle East since 2000 explains it:

“What I have come to believe is that the perceived inattention to time in the Arab Gulf, is frequently quite the reverse, often reflecting instead an inherent reverence for, and recognition of, the preciousness of time at a more organic level. It’s a belief, both from a cultural and religious perspective, that “people time,” in particular, is all-important and should be cherished and optimized. “

However, in Chinese culture, it’s common to take quite a bit of time to reflect and deliberate before coming to a decision. Deadlines for negotiations are likely to be extended, and you should plan accordingly.

Similar to German culture, the Japanese revere punctuality. You should arrive ten minutes early for meetings and appointments.  Thirty seconds late is still late, after all.

The bottom line is that people from different places experience time differently, according to culture. That means that they talk about time differently, too. Your content- whether it’s marketing, business communications or training materials- may need to reflect these differences, well. You need a translation team that can do more than merely translate from one language to another without error. You need a translation team with a deep understanding of both cultures.

To find out how we can help, take a look at our language services and feel free to give us a call!

For more about why different cultures view time differently, see 6 Useful Facts About Time in Different Languages and Cultures.