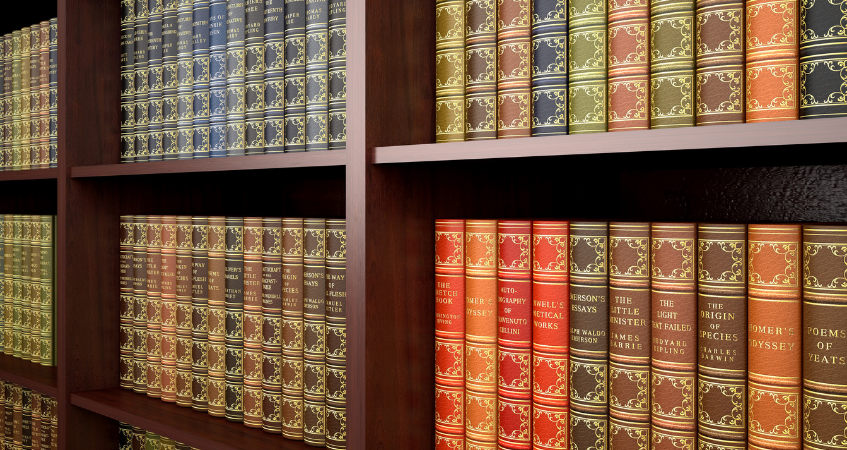 Just over a year ago, figures from the UK Ministry of Justice (MoJ) revealed that more than 2,600 court cases had been adjourned due to failures in interpreting services over the previous five years. The news focused on doubts about the viability of outsourcing firm Capita to fulfil the MOJ’s requirements in terms of legal translation and legal interpretation services.

The case highlighted the essential role that court translation plays in ensuring that justice is delivered. The then-Liberal Democrats justice spokesman, Lord Marks QC, summed it up when he stated that “the government must ensure effective and efficient attendance of high-quality interpreters at court to enable justice to be delivered.”

This backs up the affirmation in Article 6 of the European Convention on Human Rights, which specifies that interpreters who are used in criminal proceedings must be fully competent to the task assigned.

What is legal translation?

There are many forms of modern legal translation services. It’s not just about court interpreting, though that is a key element in ensuring that justice is done, no matter what the languages being spoken in court. Much of the written translation work is done in preparation for court cases, rather than in the court itself. For example, securing evidence for a case might include the translation of bank statements, emails or text messages. This applies equally to convictions being sought in the UK and overseas.

Legal translation is required by a range of agencies, including HM Revenue and Customs, the Home Office, the Serious Fraud Office, Border Force and the Crown Prosecution Service. These agencies must necessarily work together in order to present their evidence and create the best possible chance of securing a conviction. As such, access to high-quality legal translation and court interpreting services is absolutely essential.

Countries around the world struggle with issues relating to court translation and legal translation. Most recently, Japan hit the headlines when its Justice Ministry announced that video phones and smart tablets would form part of a new, improved translation service within its prisons.

At present, prisoners in Japan who don’t speak Japanese have limited access to translators. The country has 76 major detention facilities and just 22 translators working in them. Those based in prisons in metropolitan areas currently fare best, as most translators are based in Japan’s major cities. Inmates further afield must wait for a translator to be dispatched to them in order to communicate effectively with prison guards and medical personnel. Non-Japanese speaking inmates are also required to have a translator present when they are visited by family members, in order that prison officials can monitor the content of the conversation.

These restrictions throw up a range of issues and mean that the care that non-Japanese speaking prisoners receive is not on a par with that of Japanese nationals. As such, the Justice Ministry is working to conduct more of its legal interpretation and legal translation with the aid of modern technology.

Court interpreting: when the system breaks down

A lack of highly skilled interpreting services at all stages of the legal system can have devastating consequences. Few cases highlight that fact more than that of Gene Gibson, an Australian man who was wrongfully convicted and jailed for five years, in large part due to linguistic communication problems.

Mr Gibson’s is an indigenous Australian who speaks Pintupi as his first language and Kukutja as his second. He speaks and understands little English, as well has having a cognitive impairment that makes it hard for him to comprehend complex information and concepts.

Despite these linguistic barriers, Mr Gibson was not provided with an appropriately skilled interpreter to help him during his conversations with police when he was arrested on suspicion of murder. Evidence has shown many instances where Mr Gibson did not understand what his lawyer was telling him, including in relation to how to plead. As such, the Australian Court of Appeal ruled earlier this year that Mr Gibson’s plea of guilty to the charge of manslaughter “was not attributable to a genuine consciousness of guilt.”

Mr Gibson has since had his conviction quashed.

“If we do not have properly resourced and effective interpreter services for Aboriginal people, then they will continue to fare badly in the criminal justice system.”

Part of the issue is that legal translation is about more than just linguistic skill. It requires a detailed understanding of many aspects of the legal system in question, along with knowledge of its processes. How else can an interpreter explain police processes or court proceedings to a defendant?

Such knowledge is highly specialist, even in one language, let alone two. This goes some way towards explaining the difficulties faced by the legal system when it comes to sourcing appropriately skilled translators.

The fact that those undertaking court interpreting often require security clearance exacerbates the problem. This makes it difficult to find translators of less commonly spoken languages at short notice, as those with the relevant linguistic skills, court translation knowledge and suitable security clearance can be few and far between.

These problems affect court cases around the world. Just last week, an arraignment scheduled for 4 August had to be postponed for a fortnight while a suitably skilled Kashmiri-speaking interpreter was found for a case in Essex County, New Jersey. The case relates to Tanveer Hussain of Kashmir, India, who is accused of violent felony first-degree sexual abuse, along with two counts of endangering the welfare of a child. Mr Hussian is a world-class snowshoe athlete and was arrested following a trip to America earlier this year to participate in the World Snowshoe Championships.

“We have had to use a translator often in our court, but with this language, we were having a difficult time finding someone who could be here on short notice.”

Mr Hussain will, therefore, have to wait a little longer before he can appear in court to present his defence. This no doubt piles additional stress and pressure on the defendant.

The case of the Japanese prison system shows that the application of modern thinking and contemporary technology to the legal translation issue is one way to improve access to translators for those who are within the legal system.

For those in charge of operating the legal system, having access to high-quality translators and interpreters is an important part of enabling them to do their jobs. Thus, court translation and legal translation companies need to establish their credentials not only as reliable and trusted sources of legal translators but also as flexible businesses that can find innovative solutions to legal translation needs.

Court interpreting: when everything goes right

Despite the difficulties of legal translation services, there are countless incidents of it working perfectly in countries all around the world. Just last week, Spanish-speaking Gutberto Heras-Corrales was provided with first-class court interpreting services in the US, when the proceedings of his pretrial court case were relayed to him in real-time through the efforts of two Spanish-speaking interpreters. Mr Heras-Corrales is accused of the first-degree murder of his ex-girlfriend, having been extradited from Mexico in order to face the charge. His two court interpreters took it in turns to relay the detail of the case to him as it unfolded.

This is an excellent example of court interpreting working in just the way that it should. Thanks to the efforts of the two suitably skilled interpreters, Mr Heras-Corrales is able to stand trial and understand fully in his own language what is going on as the case progresses. This means that his access to the US justice system is on a par with that of any English-speaking defendant. Not only does this provide Mr Heras-Corrales with equality of opportunity, but it also acts as a safety net for the court, assuring the case against a future appeal based on lack of appropriate interpretation services.

Legal translation at its best serves to ensure that linguistic barriers are eradicated from the legal process. This means that all those involved in the run-up to a court case, the case itself and any resulting custodial sentences have a full awareness of the proceedings. Furthermore, it ensures that all evidence can be considered, regardless of the language in which it may originally have been produced. As such, high-quality legal translation removes the obstacle of language from the proceedings entirely.

So you want to translate your website? With the widespread introduction of easy to use CMS’s like WordPress, it’s never been simpler to create a website. As a by-product of this, it’s never been more competitive. That’s competition for visitors, not just sales. Are you a business, blogger or creative? Then you probably created your […]