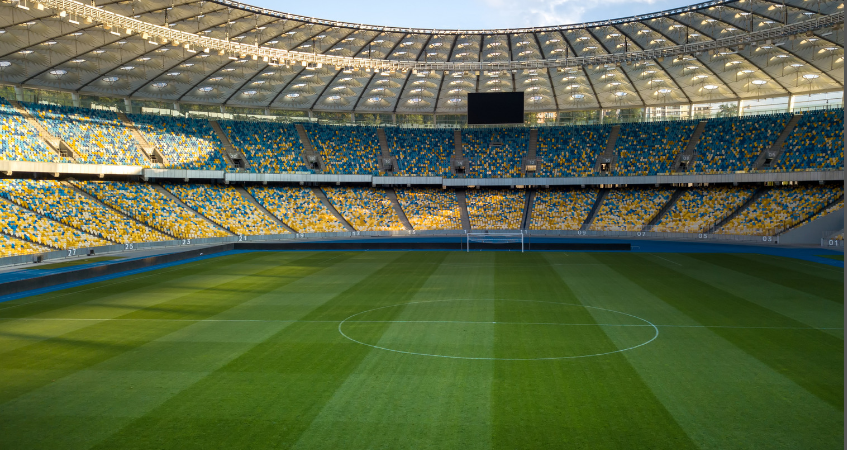 Translation and interpreting have long played a role in the global sporting industry. The international nature of a great many sporting competitions brings together athletes, trainers, coaches, judges, sponsors, fans and more from all corners of the globe. All of those participating need to understand the rules of the competition, local regulations, safety announcements and a myriad of other details. Meanwhile, those attending the event as spectators need to be able to understand the practical details of the venue (where to find exits, toilets, food and so forth) as well as associated information such as the event schedule etc.

Translation in sport is key to facilitating international competitions such as the Olympics and the FIFA World Cup. However, that is far from the only role of applied translation when it comes to the sporting industry.

Some sports are, by their very nature, international undertakings. Formula One is the highest class of single-seater car racing and thus attracts competitors from around the globe. At the time of writing, the top F1 drivers hail from Germany, the UK, Finland, Australia, Belgium, Mexico, France, Spain and Brazil.

While these drivers can generally speak English (a defacto language within the sport) to aid working within their various teams, the fact that Formula One races take place in different countries creates plenty of translation and interpretation requirements, many of them behind the scenes. For example, while it may seem a minor consideration in the grand scheme of things, teams must ship their cars and associated equipment from country to country. To that end, shipping and customs documents must be translated in order to facilitate this – without them, the equipment would not be able to move freely around the world and the teams would not be able to compete as a result.

Globalisation has meant that many domestic sports have also seen their translation and interpreting needs increase. The UK’s football industry is a prime example. For its first century or so of existence, the football league focused on localised recruitment of players: if you played for Liverpool FC, you came from Liverpool or the surrounding area; if you grew up in Blackpool, then Blackpool FC was where you ended up.

However, the founding of the FA Premier League in 1992, and its association with Sky Television meant that the country’s top 22 clubs were able to massively boost their income. Suddenly, they could afford to buy in players not just from other UK clubs, but from across Europe and beyond. Chelsea FC, in particular, had a penchant for international players and in 1999 made headlines by starting a league game without a single British player among the starting 11.

With international players came international managers. Some of these exhibited outstanding linguistic talents. Arsène Wenger, the manager of Arsenal, speaks six different languages: French, German, English, Spanish, Italian and some Japanese. José Mourinho, the manager of Manchester United, also speaks six: Portuguese, English, Spanish, Catalan, Italian and French. (Interestingly, despite his linguistic prowess, Mourinho allegedly expressed irritation when being referred to as a ‘translator’ – he felt that to call him that was insulting to professional translators, as he lacked fluency in the languages he spoke. His early attempts at translating for Bobby Robson during Barcelona press conferences in the early 1990s also didn’t go down well, as Mourinho’s own passion and opinions too often flavoured his ‘interpretations’ of his boss’ comments.)

However, not all of those brought in from around the world to manage English football teams could speak English. Mauricio Pochettino was known for using an interpreter to communicate when he arrived suddenly from Argentina to manage Southampton in January 2013. Indeed, even after he became proficient in English, Pochettino continued to rely on Spanish interpreters when speaking with the media, in order to avoid any misunderstandings and be sure to express himself with the nuance and finesse that his native language afforded him.

When used in this way, applied translation means that teams can choose not just from the best managers in their own country, but from the best managers in the world. With the Premier League generating revenue of well over £3 billion, the stakes are high and being able to rely on translation in sport to exploit a larger talent pool can make a difference of millions of pounds to an individual club.

Managers aren’t the only ones who rely on sports translation and interpreting services. Individual players also use translation to boost their performance and ensure they can function effectively as part of their team. Translation services can help players settle faster into a new country while they learn the language, bond with their teammates and – all importantly – understand every last word that their coaches, trainers and medical support staff utter.

In Major League Baseball, that even extends to interpreters joining players on the field. Latin American players have long enjoyed positions in baseball teams within the US, relying on coaches, teammates and club officials to overcome any language barriers. However, the influx of non-English speaking Japanese players around a decade ago meant that interpreters began to become a visible presence on the field. They are essential in enabling some of the Japanese star players to hit the ground running in the US and perform at the level they are used to in Japan.

Brian Cashman, the general manager of the Yankees, who employed two Japanese players along with two full-time interpreters back in 2007, pointed out that translation duties extended way beyond the baseball field. With everything from renting an apartment to opening a bank account requiring knowledge of English, the interpreters were responsible for a great deal of cultural assimilation, as well as sports-related translation within the team and with the media.

The process and paperwork relating to a player moving from one country to play in another also produce translation requirements. Detailed contract negotiations often have to take place between parties who don’t share a common language, and discussions of this nature need to be translated very carefully in order that each party can achieve their desired outcomes. Cultural considerations play a role in delicate negotiations of this nature, with translation and interpreting services acting as the bridge between countries’ different approaches.

Translation and the exportation of sport

Translation can also be of benefit when exporting sports to other countries. The growth of the American Football League of China encapsulates this trend. Former Division I player Zach Brown was working in Shanghai but wanted to keep playing American football while there. He used the translation of a business card, which read:

Brown began recruiting players with former college player Chris McLaurin, with whom he founded the American Football League of China. Fast-forward a few years and the league now has 16 teams and around 1,000 players. American football is becoming increasingly popular in China and is serving to boost sales for companies (like Nike and Under Armour) associated with the sport as well. Thus the ripple effects of translation in sport can be seen spreading outward.

Exporting sports also means exporting their phraseology. From being given a red card in football to painting the black in baseball, each sport has its own expressions that don’t directly translate. In these cases, translation and interpreting services have to transcreate and localise the phrases in order to make sense in the sport’s new home. It is a uniquely fascinating process.

Of course, no sport would be as well funded as it is without advertising and marketing, and translation plays a role in this area too. Marketing translation is essential in promoting major, international sporting competitions. It is also a key tool for sponsors who want to present their brand to fans in various different countries. Think back to the marketing potential of a sport like Formula One and the opportunities are clear – global coverage through a single sponsorship package.

Competitions like the UEFA Champions League present their own marketing translation challenges. Coverage is televised and broadcast across Europe, so sponsors need to consider delivering their messages in multiple languages, often in the blink of an eye thanks to the rapid pace at which digital barriers cycle through their adverts. Professional marketing translation advice is thus an essential tool.

Marketing translation also extends to social media in sport, where it can be hugely influential in opening up fan engagement, increased revenue streams, as well as coverage and sponsorship opportunities.

Translating sport into success – next steps

For those working in the sports industry around the world, translation has never been more important. From website translation for promoting a team and attracting sponsors, to business translation for negotiating contracts and agreeing on financial arrangements, and marketing transcreation for a team and its sponsors to spread their message, translation in global sport plays an essential role that delivers value for athletes and fans alike.