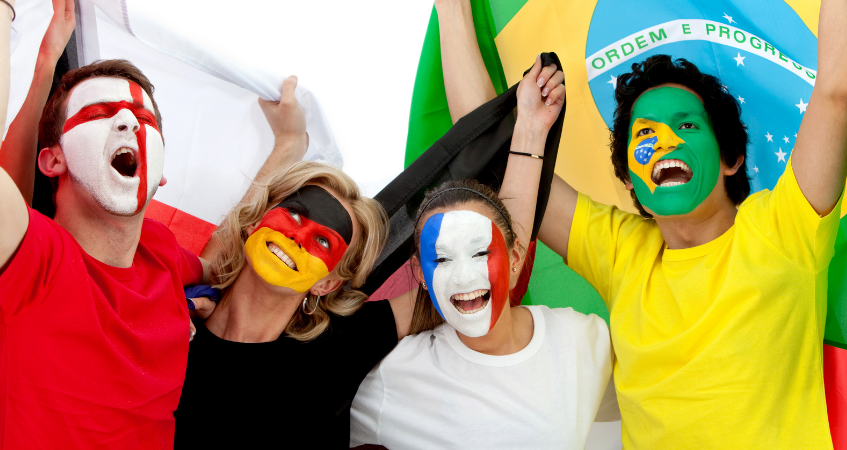 The World Cup is by nature a multicultural, multilingual event. Teams from 32 different countries have spent the past two weeks facing off in Brazil, and of course interest in the event is worldwide. Even our American friends are getting in on the game this year,prompting one particularly trollish commentator to call America’s newfound interest in “soccer” a “sign of moral decay.”

Translating the World Cup is a tremendous endeavor, and it’s perhaps unsurprising that many smaller regional languages have been left behind by poor quality or non-existent translations.  According to Al Jazeera:

“The tournament wraps itself in claims of universalism and harmonious inclusion, championing football’s ubiquity. But in its transmission and reception around the globe, the World Cup can often help impose one language over another.”

For example, in Malta, the 2014 World Cup is only being broadcast in English, due to incompetent performances by Maltese-language commentators in previous years.  Likewise, indigenous languages in South America, Central America and Mexico have been neglected in favor of Spanish.

People who speak English fluently as a second language often prefer English commentary, because the commentators are generally more experienced and they’ve become accustomed to hearing the games announced in English. However, English-only commentary leaves out large numbers of people, particularly those who are less educated and/or from rural areas. Ana Williams, a linguist at Northwestern University in the US and author of O Jogo Narrado, a book about multilingual football commentary, told Al Jazeera:

“If you’re watching TV and don’t understand the commentary, part of the experience is lost. Commentators involve whomever is listening, bringing them into the narrative. When you hear matches in your language, you feel more at home.”

This is definitely not a problem that the newer approaches to translation, like machine translation and crowdsourcing, can solve.  The only solution is to increase the number of local language commentators who are actually good at what they do, and the money available to pay them.  However, there is hope for speakers of local languages in places like India and much of Africa, where non-English-speaking football fans represent a significant untapped audience and investing in localization is smart business.  According to Ana Williams, places  like this will naturally develop their own football culture over time:

“When soccer fully impregnated Brazilian culture, these words were replaced by vocabulary in Portuguese,” Williams says. She sees a similar process happening around the world. “In time, you’ll have what happened in Brazil. The more popular the game gets, the more the national language will assimilate the game.”

Some rights reserved by ell brown