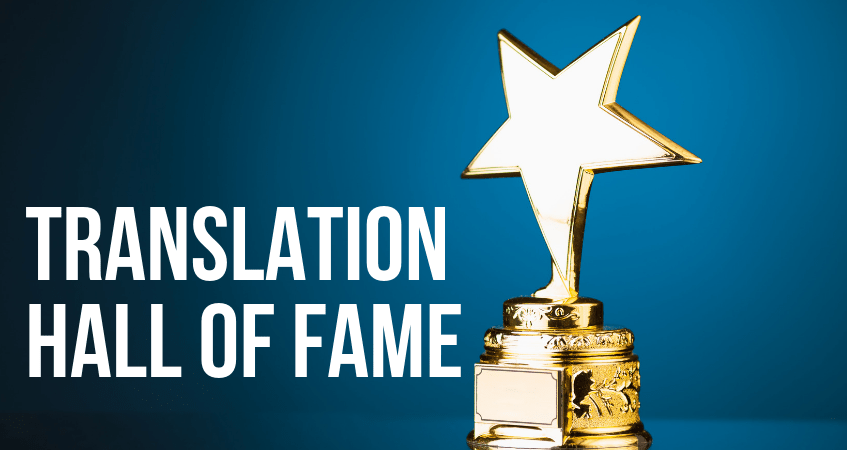 Have you ever wondered which book has been translated the most? Or who speaks the most languages, and exactly how many languages they speak? Wonder no more! We’ve put together a “translation hall of fame” to make it easy to find out the answers to these questions and more.  Read on to learn more about translation world records and other notable facts from the world of translation.

What is the Most Translated Book?

The most translated book in history is the Bible. The entire book is available in 554 languages, which is more than any other book. Even more impressive, parts of the Bible have been translated into 2,932  languages.

It’s no accident, then, that International Translation Day is celebrated every year on September 30th, which is the feast day of the Bible’s first translator, St. Jerome.

What is the Most Translated Non-Religious Book?

Thanks to Disney, almost everyone is familiar with the story of the wooden puppet who wants to become a real little boy. Want to read the original? It’s available in your choice of 260 languages.

What is the Most Translated Poem?

According to The Guinness Book of World Records, the most translated poem is a six-line poem called “Be Like a Child,” by Sri Chinmoy, an Indian poet. A group of people recited it in 204 different languages for the Sri Chinmoy Oneness-Home Peace Run on 10 April 2014.

What is the Most Translated Short Story?

What is the most translated short story? That’s actually a difficult question to answer because nobody seems to be keeping track. But from looking at lists of translated texts, it depends on what you’re counting as a short story. Do fairy tales count? If so, any of the stories in Hans Christian Andersen’s Andersen’s Fairy Tales would probably win out. The collection has been translated into 153 different languages.

But what if you don’t count Andersen? Then, the most translated short story would probably be “The Upright Revolution: Or Why Humans Walk Upright,” by Kenyan author Ngũgĩ wa Thiong’o. It was originally written in Ngũgĩ’s native language Gikuyu, it was translated into 54 languages for  Jalada Africa’s translation issue.

What is the Most Translated Document?

The Guinness World Record holder for most translated document is the Universal Declaration of Human Rights, published by the United Nations in 1948. There at least 370 different translations available.

Who is the Most Translated Author?

Who is the most translated author? Again, it depends on who you ask. According to UNESCO’s Index Translationum, Agatha Christie takes first place.  Her books have been translated into at least 103 languages.

But there’s another contender. The Guinness Book of World Records claims that the author of the world’s most translated book is none other than science fiction author L. Ron Hubbard. His book, The Way to Happiness, has been translated into 70 different languages.

What Was the First Written Translation?

The oldest recorded written translation is from ancient Sumeria,  circa 2000 BCE. It contains fragments of The Epic of Gilgamesh translated into Southwest Asian languages.

Meanwhile, the oldest complete translated document we have access to is the Treat of Kadesh. This peace treaty between the ancient Egyptians and the neighbouring Hittites dates back to approximately 1400 BCE. Scribes engraved copies of the treaty in hieroglyphics on two temples built by the Pharaoh Ramesses II in Thebes. The Hittite copy was engraved on baked clay tablets. The tablets were later found in the ancient Hittite capital of Hattusa.

Who is the Person Who Speaks the Most Languages?

A Canadian translator named Powell Alexander Janulus holds the current Guinness World Record for speaking the most languages. After an exhaustive round of testing, the Guinness team confirmed that Mr. Janulus can speak 43 different languages fluently.

Mr. Janulus is sometimes called “the most fluent person on earth.” Obviously, he’s earned it!

Additionally, he claims to be “skilled” in 64 languages and to have studied more than 80 languages.

However, he’s got nothing on the Persian scholar al-Farabi. Reputedly, he mastered over 70 languages!

It’s the Jehovah’s Witnesses website,  actually. Since they focus on outreach around the world, they translate their website into more than 800 languages and dialects! Although if you choose to browse the site, I’d expect their online ad retargeting to be especially persistent.  That is, at least if their door-to-door outreach efforts are any guide! (Note: A reader has chimed in to say there is no online retargeting. Whew!)

Did any of these facts surprise you?  Let us know in the comments!

Previous Post How to Say Peace in 35 Languages
Next Post Cinelistics: 30 Words, Phrases and Neologisms Popularised by Film

14 thoughts on “Translation Hall of Fame”