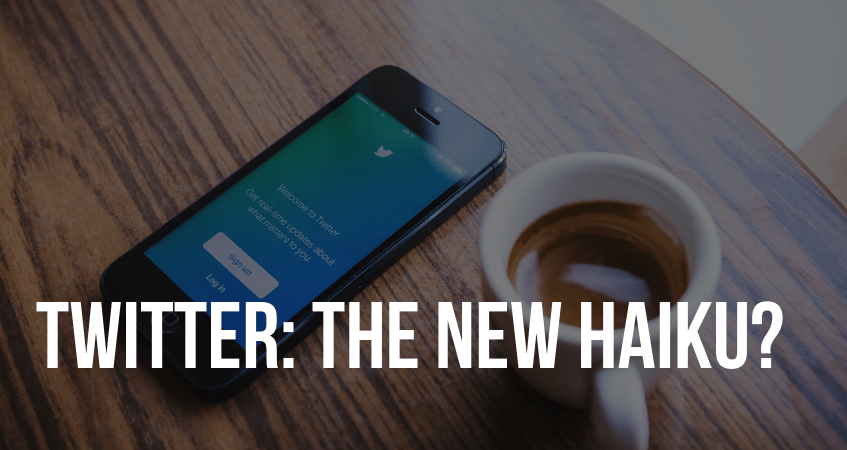 Twitter, the microblogging social network that limits users to “tweets” of 280 characters or less, is popular across the globe. However, communicating with the world in 280-character bursts has really taken off in Japan, especially after the earthquake and its accompanying tsunami earlier this year.

According to the San Francisco Chronicle, Twitter’s Japanese membership increased by one third in just the first week after the earthquake. Of course, with other forms of communication cut off during the disaster, it’s not surprising that more people would jump on the Twitter bandwagon in an attempt to stay in touch with the outside world.

But now that the earthquake is over, what accounts for Twitter’s attractiveness to Japanese consumers? Some experts believe that it’s because the concise, compressed writing style needed for an effective tweet is the same style required in a haiku poem. Richard Dasher of Stanford University told the San Francisco Chronicle that

“Twitter could be something like haiku was 400 or 500 years ago when it first emerged… Twitter to me does require a certain amount of artistry to keep things under 280 characters and I think that has brought new life into social circles with short bursts of communication. It’s not unlike haiku.”

It’s certainly an interesting theory, one that is given credence by the history of haiku. Haiku poems were originally called “hokku,” and the term was traditionally used for the first stanza of a type of collaborative poem called a renga. So, like Twitter, haiku was originally used as an outlet for group communication and collaboration.

What do you think? Do you see similarities between writing a tweet and composing haiku, or is this theory too much of a stretch? Let us know in the comments!