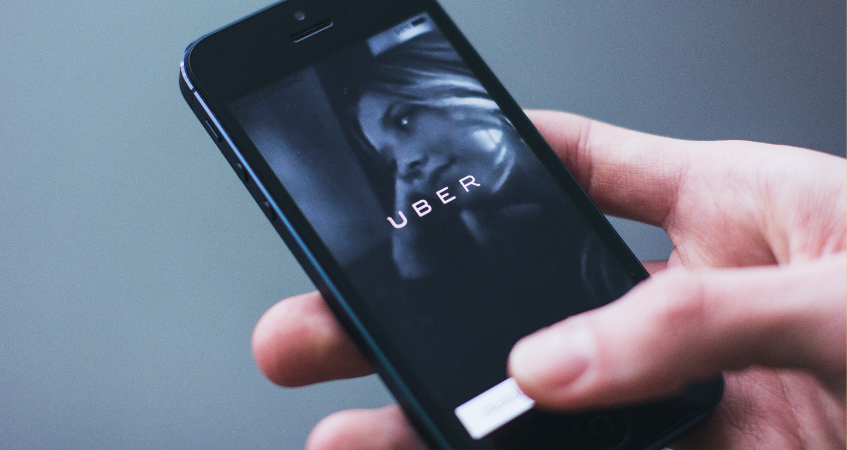 Ready to take your business global? You can learn a lot about localization strategy from studying other business’ efforts. Case in point: ridesharing service Uber. Founded only 7 years ago in the USA, Uber is now available in 65 countries, 450 cities and 32 languages worldwide. How did they do it, and what can everyone else learn?

Uber’s campaign for world domination hasn’t always been a smooth ride, and they recently sold their business in China to their chief competitor. That said, the company’s localization strategies are worth studying for businesses with international ambitions.

Pablo Picasso is reported to have said that “bad artists copy, great artists steal.” Here are 6 localization strategies that have fueled Uber’s global expansion. Steal them, customise them for your business and make the world your oyster:

Did you know that Uber’s logo is different for different countries? Sometimes, it’s even customised for different cities in the same country.  When the Uber team rebranded the app earlier this year, they came up with a design that was easy to customise for different markets.  Then, they localized the imagery accordingly. According to a story in Wired:

Amin and his team decided to create colors, patterns, and images that were specific to each market, allowing Uber employees more autonomy in crafting messages for their own cities. The designers mocked up mood boards for individual cities, regions and countries, piecing together images representing architecture, textiles, fashion, and art, among other things.

The app interface varies between markets as well. For example, in China, “People’s Uber” cars are shown in Communist red.

Ride-sharing and other on-demand services are the glue that holds the Uber brand together. But the products Uber offers are different in each market. For example, in India you can use Uber to hire cars, but you can also use UberAuto to hire a rickshaw. In Turkey, a few taps on your smartphone can summon an UberBoat to pick you up on the seashore.

Uber has suffered a series of major scandals over the years. How to soften up its image? Stunts involving the on-demand delivery of puppies and ice cream certainly helped. More meaningfully, they’ve also created products and promotions that help solve local community problems. For example, in Beijing, their People’s Uber offering was designed to help the city with its traffic problem:

Meanwhile, in Colombia, drunk driving is a major issue. To combat it, the country has enacted extremely strict laws with stiff penalties. Enter UberAngel. Hail an UberAngel, and an Uber driver will get you and your car home safe and sound.

Uber doesn’t just localize by country or language. In some markets, they localize by city.  This article shows how Uber looks in different cities across the globe. Can you spot the differences?

Steal this Localization Strategy: Look For “Markets within Markets”

The awesomeness of @Uber: just discovered a service called UberENGLISH which ensures your driver speaks English when traveling abroad.

One of Uber’s more interesting ideas: UberENGLISH, which allows customers in countries where English isn’t the dominant language to request English-speaking drivers. According to a company press release:

We’ve heard from riders and driver-partners alike that they’d like the Uber experience to reflect the multilingual aspects of the multicultural communities in which we operate…Our goal is that with the introduction of uberENGLISH, riding with Uber becomes even easier for everyone.

Obviously, you may not be able to offer custom products for different language groups. But if you have a significant number of potential customers who speak a minority language, translating and localizing your marketing can help reach them.

Depending on your target market, you may find the need to market in different channels than you would ordinarily. According to ClickZ, Uber usually avoids print advertising all together. That said, in some markets, like India, it’s still too important to ignore. Also, whenever Google launches in a new city, they always give the first Uber ride to a local celebrity.

Obviously, not all of these strategies will be right for every business in every market. Some of them are uniquely suited to Uber, which has the advantage of a lot of venture capital money to work with.

0 thoughts on “The Uber Guide to Localization: 6 Strategies Worth Stealing”