The Origins of Valentine’s Day 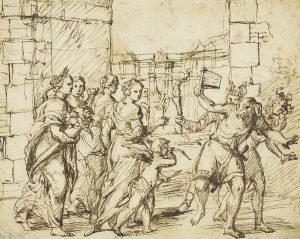 Like many holidays, Valentine’s Day has both pagan and Christian roots. In Christian tradition, it started out as the feast day of St. Valentine.  Well, one of them, anyway. There are actually three St. Valentines, and a variety of stories to explain why Valentine’s Day is “Love Day.” Some say he was an early Christian priest who secretly married Roman soldiers. Some say he was a bishop, who healed the blind daughter of his jailor and then sent her the world’s first “Valentine” before he was executed.

Regardless, 14 February falls right in the middle of Lupercalia, an ancient Roman fertility festival.  During the festival, Roman women would be gently whipped with goat hides dipped in the blood of sacrificial beasts.  This practice was supposed to make them fertile. Whatever floats your boat, right?  Then, unmarried men and women would be paired up via a matchmaking lottery for a blind date that would last for the rest of the festival or even the rest of the year.

Once the church gained power, you can see why they’d want to tame this wild holiday and turn it into a more chaste celebration of love and friendship!

Many cultures, both Western and non-Western, have special days to celebrate love and romance. Here are 16 ways Valentine’s Day (and other holidays like it) are celebrated around the world.

In Padua, Italy, people traditionally gave each other small metal keys for Valentine’s Day as a symbol of love. Epilepsy was once known in northern Italy and surrounding areas as “Saint Valentine’s affliction.”  So, small children also receive St. Valentine’s keys to warding off epilepsy.

Romanians traditionally celebrate love and romance on 24 February, called Dragobete after a kind husband from pagan Romanian mythology. On Dragobete, girls wash their faces in the snow to ensure beauty and health in the year to come. Boys and girls gather snowdrops and early spring flowers for each other, and boys chase the girls they like and try to kiss them.

That said, Valentine’s Day has become increasingly popular in Romania, too.

That said, these days Valentine’s Day is also considered an acceptable time to give your sweetheart a traditional Welsh love spoon. Welsh love spoons go back to at least the 17th century. Young men would carve them for their sweethearts, and offer them with a proposal of marriage.

Much cheaper than an engagement ring, at least.

In Denmark, snowdrops are preferred over red roses for Valentine’s Day.  And in addition to traditional Valentine’s Day cards, they send anonymous funny poems called gaekkebrev. Gaekkebrev are written on paper decorated with cutout designs, much like those paper snowflakes you probably made in school as a child. If you get one, and you correctly guess who sent it, you get a candy egg for Easter.

Alone on Valentine’s Day in Bulgaria? No worries, 14 February is also Winemaker’s Day. So, drink up and drown your sorrows! 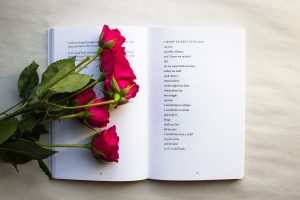 In Catalonia, April 23rd is Sant Jordi’s Day (St. George’s Day). Since the 15th century, it’s been celebrated as “lover’s day.” And since Sant Jordi’s Day coincides with the day that Shakespeare and Cervantes died, Catalonians celebrate it by exchanging roses and books.

Can I just say that this is my idea of a perfect Valentine’s Day and that I intend to adopt it in my family immediately?

Germans celebrate Valentine’s Day with delectable heart-shaped ginger cookies. Oh, and pigs. Yes, pigs. Swine are a symbol of good luck and lust in Germany. And they play a significant role in German language and culture, as this recent BBC article notes. 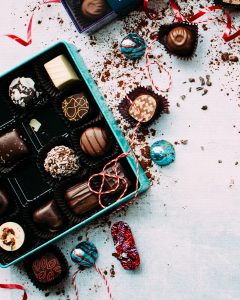 South Korea, China, and Japan have jumped on the Valentine’s Day bandwagon, but with a twist. On February 14th, women shower men with chocolate and flowers. It’s the men’s turn to reciprocate on March 14, which is known as White Day.

In Japan, there are two types of chocolate you can give for these holidays. Giri choko (“obligation chocolate”)  is chocolate you give to be polite. Think those boxes of waxy drugstore chocolate with questionable fillings. Meanwhile, honmei choko (“true feeling chocolate”) is the good stuff.

In South Korea, Valentine’s Day comes once a month!

What if Valentine’s day came once a month? In South Korea, it does. The 14th of every month is an unofficial “love holiday.” In January, there’s “diary day,” where couples exchange diaries with important dates marked in them for the year to come. Ahem- gentlemen – now you have to excuse to forget your anniversary! May has Rose Day, June has Kiss Day, and July has Silver Day (for exchanging silver jewelry). August has “Green Day,” where couples get drunk on soju liquor and then go for a walk in the woods.

Celebrating a pair of legendary star-crossed lovers, Qixi falls on the 7th day of the 7th month of the Chinese lunar calendar. For 2018, that’s 17 August.

During Qixi, in mainland China, women and girls alike engage in rituals designed to grant them love and beauty. Meanwhile, in Taiwan, floating lanterns carry wishes for love up to heaven.

Mass weddings in the Philippines 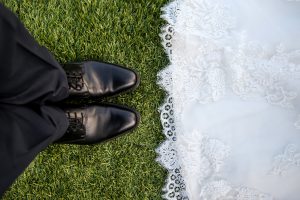 In the Philippines, Valentine’s day is celebrated much like it is in the US and the UK. But there are some differences. For one, mass government-sponsored weddings are not uncommon. The marriage ceremonies are free of charge to participants, a boon to couples who want a traditional wedding but can’t afford one.

Like all celebrations of love, Valentine’s Day is an opportunity for marketers. But the same messaging won’t work everywhere. Some degree of localization is almost always required, and in many cases, marketing campaigns must be transcreated to maintain the same impact across cultures.

Want to learn more? Our marketing translation team is ready to help you reach an international audience.

What are your favourite Valentine’s Day or “love day” traditions? Share them in comments.