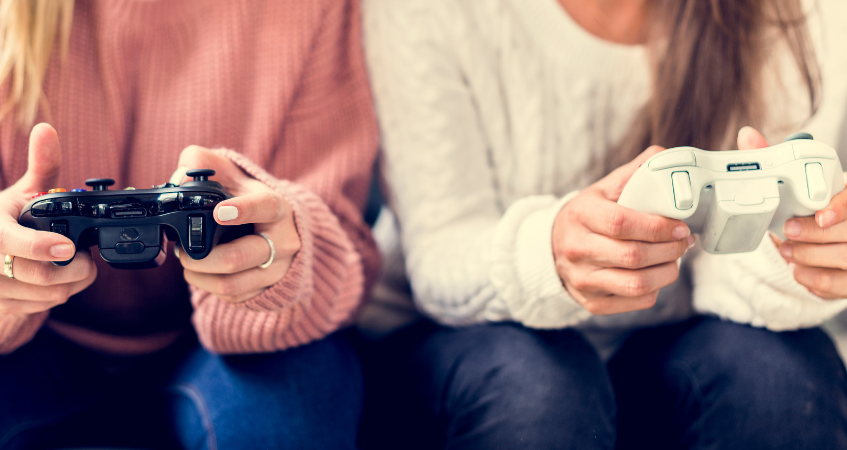 Game localisation is the process of translating and adapting a video game to reach new markets. In a multilingual world where almost everyone knows a little bit of English and Google Translate is omnipresent, is video game localisation still necessary? In a word, yes.  And here are five reasons why.

Many of today’s video games are immersive experiences. They’re interactive movies, and the player is the star.  While some gamers have used video games as a language learning tool, most people want the option to play in their native language.

And of course, changing the language is only the first step. Video games often contain cultural references or humour that doesn’t translate directly. A skilled localisation team can find equivalents in the target language and culture so that players aren’t confused or offended.

And of course, any localisation team worth its salt will help you avoid translation bloopers like these: 8 Famously Bad Video Game Translations

Video game fans want to play the games they covet in their own languages. In fact, if there’s not an official localised version available,  fans may well devote their own time and resources to create one.

Most fan translation communities are careful not to promote piracy. Translations are generally released as software patches. So, they aren’t functional on their own, and you still have to purchase the original game to play.  However, some Chinese volunteer translators were recently arrested for translating Japanese anime and video games into Chinese.  And according  to Slator.com,  “a 2013 inquiry by Japan’s Agency for Cultural Affairs found that Japanese manga, anime, and games illegally distributed to online Chinese sites amount to losses of JPY 3.8t (USD 34.8b).”

The online world is becoming more multilingual, not less

In the beginning, most of the content on the Internet was in English.  But now, the linguistic landscape of the Internet is diversifying. More and more, people are becoming used to having content available in their native tongue. They expect it. And those expectations carry over to gaming, software, smartphones . . . and gaming.

Localisation is a good investment

If you want to maximise your international audience,  you have to pay attention to differences in cultures and mores.  Rating systems designed to help parents choose games without inappropriate levels of violence and sexuality for their children also come in to play.  For example, according to British gaming site, Everybody Plays:

[W]hile America tends to get much more concerned over sex or a flash of pants than it does about violence, the trend is reversed here in Blighty (and mostly in the rest of Europe), where we’re a lot less prudish about sex, but a lot more concerned about graphic violence. Japan, meanwhile, is sometimes a bit iffy about blood, but is A-OK with scantily clad teenage girls – and as such, many games often end up with female characters having their ages hiked up a few years for their eventual release in the West.

But there are sometimes competing interests to balance.

However, when localising to avoid offence, publishers should be aware that some hardcore fans may be offended anyway.  For example, the English version of Nintendo’s Fire Emblem Fates made a lot of people quite angry. Part of the anger was because the localisation team removed a somewhat suggestive “mini-game” that involved petting other characters. Nintendo thought the mini-game might be off-putting to audiences in the UK and the US. And they may have been right. However, a vocal group of gamers was also quite upset at what they perceived as “censorship.”

Localising without understanding the relevant issues in the target culture can also backfire. For example, as recounted on Nimzdi.com, when localising the Japanese RPG Bravely End: Second Layer, the localisation team changed the outfit of the main character from Native American attire to avoid charges of cultural appropriation and racism.  Unfortunately, they decided to change her outfit from stereotypical Native American to stereotypical cowgirl. That did not go over well, either.

Video game localisation might cause controversy sometimes, but does that mean it’s unnecessary or irrelevant?

No. Controversies aside, there’s quite a bit that a localisation team can do to bring the original video game experience into other languages and cultures. It’s not just about making the words understandable, either. Vice.com provides some examples:

Games like The Last Story, Xenoblade Chronicles, and the Dragon Quest series feature a range of regional British accents, which is a level of characterization that goes above and beyond regular translation. If you heard a Scouse accent, it would instantly make you think of a person wildly different to one with a run-of-the-mill, “posh” Southern one. It’s that extra layer of thought that goes into localization that brings a game to life.

Localisation makes games accessible to wider audiences around the world. And when it’s done right, it allows players to immerse themselves in the gaming experience without being confused by cultural references that aren’t meaningful to them.

Want to learn more about video game localisation and translation? See Translation in Gaming: You Must Defeat Sheng Long

At K International, we provide you with a custom-shaped service geared specifically for your product and your needs.  Our game localisation experts support game developers and publishers to prepare their products for sale around the world.  Want to learn more about developing your game for a global audience? Contact us today!

Tags: video games
Previous Post Accessible Documents: What Your Organisation Needs to Know
Next Post A Guide to the Different Types of Sign Language Around the World