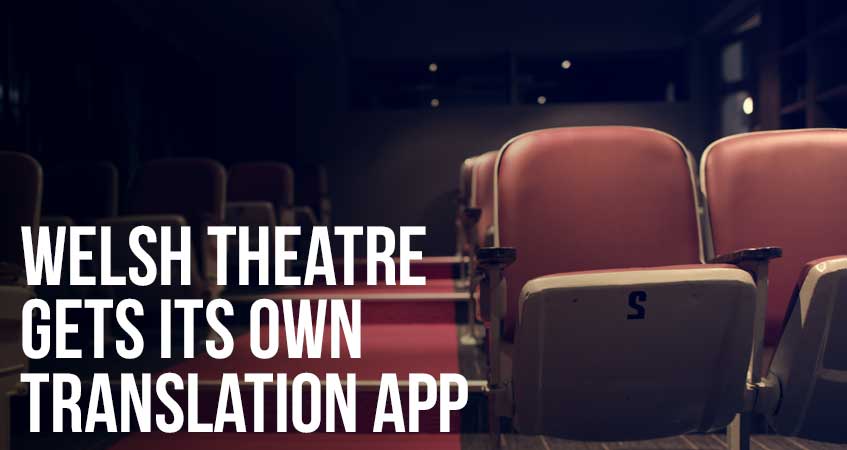 Want to watch a play in Welsh but can’t speak the language? There’s now an app for that.  Theatre Genedlaethol Cymru has announced that they will be releasing a smartphone app called Sibrwd, which means Whisper in Welsh.

Traditionally, the theatre industry has relied on subtitles for translation. However, subtitles can be distracting for audience members, forcing them to split their attention between reading and watching the play.

Sibwrd aims to improve on that experience by feeding audience members just the information they need to know to follow the action.

“It’s not a full translation. There are quite short sentences every now and again at key moments. The idea is that people will take their own smartphone, download the app and then they’ll ear things that we think they need to know to guide them through the play.”

In developing the app, the theatre company had two goals. First, of course, they wanted to make it easier for people who don’t speak Welsh to enjoy their plays.  As Ms. Ifan put it:

“We want as many people as possible to access our work. People will go and see an opera in French or Italian but wouldn’t think about going to see a Welsh language piece. So it’s trying to entice people to make that leap.”

If the app goes over well, the concept can be used to help make plays in other minority languages more accessible. Hasan Bakhshi, the director of the creative economy at Nesta, which helped fund Sibwrd’s development, told the BBC that his organization provided funding in part to “capture and disseminate the insights from that project in such a way that other theatre companies can use[.]”

“One of the things that was attractive about this project was the potential international applicability. It’s not necessarily tied to the Welsh Welsh language.”

Of course, it seems like enticing theatregoers to bring out their smartphones runs the risk of causing even more distractions. Will people really be able to resist reading the latest text message to come in or seeing what’s up on Facebook?

What do you think? Are smartphone translation apps for plays a good idea or not?