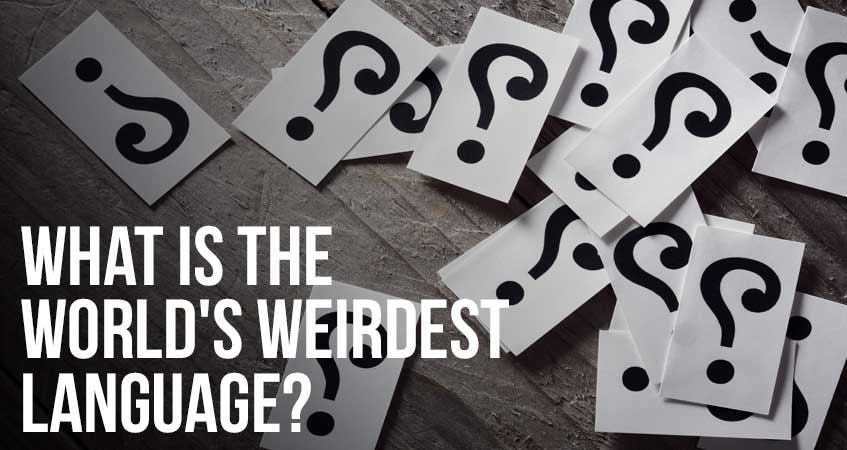 What is the world’s weirdest language? And what makes a language “weird,” anyway?

Every language has its own quirks that might seem “weird” to people who didn’t grow up speaking it. Idilon, a company that uses natural language processing to build computer programs for businesses, recently analysed 239 languages using data from the World Atlas of Language Structures to determine which ones were the most unusual.

To determine what makes a language “weird,” they compared 165 different linguistic features like how sentences are structured, where subjects, verbs and objects are placed in relation to each other, and how questions are handled. By comparing hundreds of different languages with each other instead of with English, they were able to come up with a “weirdness index” that is fairly objective. So, which one is weirdest?

As they discovered, while Hindi may sound odd to some English speakers, when compared to other languages across the globe it is actually the most “normal.”  According to Idilon, the weirdest language is actually a language from Oaxaca, Mexico called Chalcatongo Mixtec.

What makes this language “weird?” Idilon highlights three unusual features: sentences start with verbs instead of nouns (only 8.7% of languages do this); there is no difference whatsoever between questions and statements (not only do they use the same words in the same order, they don’t even change inflection) and an unusual way of handling pronouns.

Chalcatongo Mixtec currently has 6,000 speakers and is listed as “threatened” by Ethnologue. If you’re interested in hearing what it sounds like, here’s a sermon recorded in the language available from YouTube:

English may seem like the norm to most of us, but it comes in at #33 of 239 languages… so, pretty weird.

For more about Idilon’s methodology and to see where your favourite language ranks on their “weirdness index,” check out their blog.