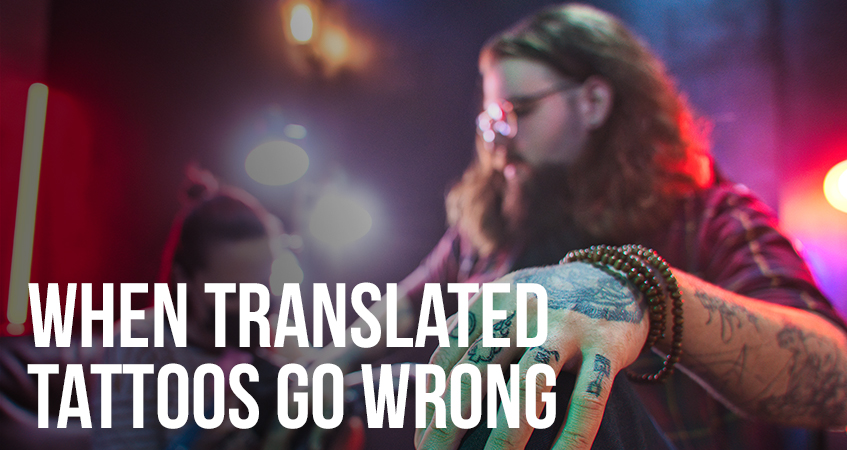 Everyone has tattoos nowadays, particularly the hipsters. Even our Prime Minister, David Cameron’s wife has one, and it seems their popularity is continuing to grow. I saw a survey a while back that said that 20 percent of all British adults now have at least one tattoo, with the over 60s being the smallest group to have them at only 9 percent. The 16 to 44-year age group has most tattoos with 29 percent having tattoos.

With around 14 percent of school teachers admitting they have tattoos, this type of body art is more mainstream that many would admit to. Once a tattoo has been inked, though, individuals regretting their body art need the images and wording removed using lasers or can cover tattoos with new ones, although tattoo laser removal is extremely painful. Increasingly, the tattoo artist in the UK is likely to be an arts graduate, as tattoos are seen to be fashionable and body enhancing. That’s not the case globally, however.

Angelina Jolie had the names of her two ex-husbands inked over with new tattoos after the divorces, not everyone has this option though. The increased numbers of people sporting tattoos has led to some amusing errors, spelling mistakes (or even just plain nastiness on the part of some tattoo artists!) when it comes to written forms of body art and translating foreign languages.

Languages using symbols, such as Chinese and Hebrew, are one popular form of body art, with many people heading to their favourite online translator to translate the wording they require into the appropriate language. One young Brit paid £90 for his “Love, honour and obey” tattoo translated into Mandarin. After his tattoo caused a great deal of hilarity in the local Chinese restaurant, Lee Becks was shocked to learn the tattoo actually read “At the end of the day, this is an ugly boy”.

Once he learnt the meaning of his tattoo he became far too self-conscious to display the symbols in public, heading to the tattoo parlour in Essex to speak with the tattoo artist didn’t give him any joy as the shop had closed down.

Somebody else with Chinese symbols prominently inked on the lower arm, sports the statement “Cheap Sh*t” as a memento for life. Of course, tattoos like this can be great for opening conversations, but when good money is paid for body art, who bears the responsibility for getting the job right? One husband curious to know the meaning of his wife’s tattoo was just as horrified to learn the translated text read: “I married a moron”.

A girl who used Babylon software to translate her spiritual mantra “I’m free” into Hebrew and ended up with a tattoo which translates to “I’m for free” will probably be well advised to keep her body art covered if she chooses to visit Israel. Another young lady fared just as bad with the same translation service. When she attempted to translate her “I love (boyfriend’s name)” into Hebrew, the symbols that were eventually inked into on her body actually read “Babylon is the world’s leading dictionary and translation software”. Whether Babylon are prepared to pay hard cash to promote this free advert in Hebrew is probably an issue she hasn’t raised with them.

The Brazilian woman with a prominent “It swims, happens by chance” tattoo on her upper back/shoulder region will probably also be an object of curiosity to fluent English speakers. The fact the translation mixed up the word nada (nothing) with the verb nadar (to swim) means her wise phrase “Nothing happens by chance” got translated to virtual gobbledygook.

When it comes to spelling mistakes in translation if the person sporting “Patients is a virtue” doesn’t become a doctor with the ability to shrug off constant jokes about the prominent upper shoulder tattoo, it may be a case for laser removal at a later date.

A space-age “I am a Marshian tattoo” complete with alien picture looks great, apart from the misspelling of “Martian”. A slight transposition of an “r” leading to a tattoo reading “No Regerts” may not have been the most appropriate piece of body art to place down the entire lower arm, while a large depiction of the Grim Reaper underneath the wording “Only God will Juge Me” is probably another bitterly regretted tattoo across the upper back of one young person. Even the world’s best footballer David Beckham is not immune from misspelt tattoos, his prominent translation of wife Victoria’s name into Hindi is all jumbled up and reads “Vihctoria” in actuality. Oops.