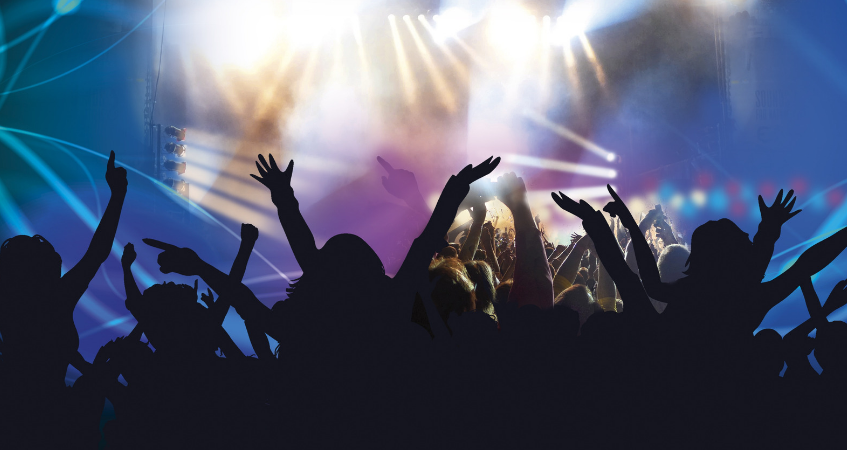 Jimmy Kimmel may have made history on Tuesday, when he hosted what was billed as the “first ever (probably last ever) sign language rap battle” on his show, Jimmy Kimmel Live!

A sign language rap battle? How does that work?

Kimmel invited three of the most well-known and experienced live music American Sign Language interpreters to interpret for his audience. Holly Maniatty, Joann Benfield and Amber Galloway Gallego have interpreted for a long list of musical performers including Eminem, Lady Gaga, Lil Wayne and Snoop.

The interpreters took turns interpreting a live performance of “Black and Yellow” by Wiz Khalifa.

ASL interpreting at concerts has grown in visibility over the past few years, fueled in part by videos of the interpreters enthusiastically performing for their audience.  Their interpretations have captured the attention of hearing and deaf fans alike, and of the artists themselves. In 2013, rapper Killer Mike told Slate the way Holly Maniatty interprets is “[A}n art form; that’s more than just a technical skill.” Watch the video, and you’ll see why.

Another great moment in ASL interpreting came after the rap battle. Asked if he usually has a sign language interpreter onstage, Khalifa responded “Yeah, sometimes I get like pretty stoned, I can’t remember the words.” As it turns out, you don’t have to know ASL to understand the sign for “marijuana.” To quote Holly Maniatty, “It’s pretty universal.”

After the performance, the rapper was assigned the difficult task of choosing a winner. He took the easy way out and chose all three.  Who do you think should have won?

0 thoughts on “Who Should Win This Sign Language Rap Battle?”