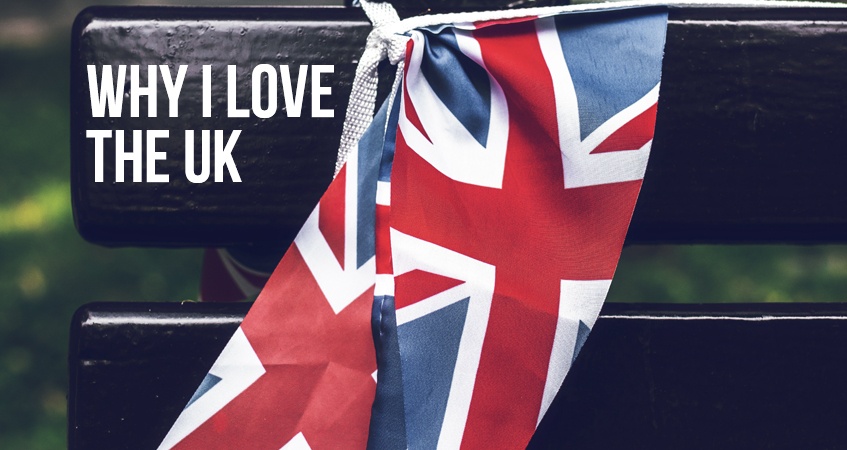 Back in the summer of 2004, I left my beautiful homeland of France behind for the prospect of a year in the damp, grey UK. I know what you’re thinking “Why on earth would you do such a thing?” well… picturesque countryside, fantastic hospitality and a pub on every corner (probably called the Red Lion or the Crown), yes please, why wouldn’t I! Now then, I forgot to mention that I came to Milton Keynes, the one and only city in the UK that, well, looks more American than British (or so I’ve been told). But, hey ho, you can add roundabouts to the list of things I love about this place, so there!

I should say that I came to the UK specifically to work at K International as, at the time (wow that makes me feel old), my university had a partnership with them and had therefore ‘sent’ me here to work.  I was glad of the opportunity to be honest and yes, you’ve guessed it, I am still here working at K International. It’s been great fun, everything but boring, and that’s partly why I’ve stayed here in the UK for so long (the other part of ‘partly’ is another story).

So, as you can see, I’ve had a good few years to immerse myself in ‘Britishness’ and these are the top 5 things that I’ve come to love about this place.

The British are obsessed with greetings cards

There is a greetings CARD for literally, every occasion. From the classic Merry Christmas and Happy Birthday to the equally favoured Thank You, Get Well Soon, Enjoy your new home, Happy engagement, Happy Easter from grandad, Happy New Year from your step-sister, Yay you’re pregnant, Boo you’re leaving the job, Congratulations on your triplets, Glad you found your keys and thanks for the lift home (OK, I’ve made some of these up but you get the idea).

What’s more, you can’t just send cards in the post – oh no, no, no – you must bring them with you to said occasion and present it in person (I mean, what kind of self-respecting Briton would post a card?!). Once, about ten years ago – I still remember it clearly in my nightmares – I hadn’t had time to get a card for a birthday party but it was family and we were running late (what do you mean, ‘as usual’?!) and so I thought it’d be fine, just this once. But then it happened, I heard someone asking excitedly “Where’s the card? I want to see the card!”. [blank] Err, we don’t actually have a card. [blank]. [Inner cringing ensues. What was I thinking, how did I think this could possibly be reasonable???]. As I’m writing this you will be pleased to know, I now understand that failing to bring a card to an occasion – as small, casual and insignificant as it may be – would be complete and utter madness, basically equivalent to insulting the Queen, one just doesn’t do it!

At Christmas, well let’s be honest, from November onwards, the living room (or front room, or reception room, or lounge, whatever you call it) is like a museum dedicated to the Christmas card. Once Christmas is finally finished, everyone turns their back on them like unwelcome guests and all the decorations and cards disappear. Easter becomes the next target and we’ll soon be wondering what lovely cards we’re going to buy and when the big bags of chocolate mini eggs are going to be sold in stores (no need to wonder though, they’ll be available in January in supermarkets. Ahhhh, relief. I hadn’t eaten enough chocolate over Christmas…)

You’re offered drinks all the time. When you’re kindly invited to someone’s house and offered a DRINK, have the flipping drink! Whatever it may be, just have it, often it’ll be alcohol (any type will do) or the sanctified cup of tea. You’ve been warned….
I don’t really drink much alcohol myself or any hot drinks for that matter, so I have got mixed reactions over the years but the most common one is sheer disappointment on people’s faces.
These are 2 typical scenarios leading up to that disappointment:

If I finally manage to convince my way into getting a glass of water, I have now accepted that it’s going to be served to me with the label “you’re a cheap date”. I’d like to assure you there is nothing cheap about me and I’ll be the (responsible) driver for the night anyway. So that’s an all-round win, let’s just stop going on about this. Please. Really.

The grass must be cut!

Mowing the lawn or cutting the grass is a British obsession. Whether it’s cold, raining/drizzling, burning hot (25 degrees) or even if there’s a mini-tornado [refer to my guide about British weather further on], the grass needs to be cut and that’s that! The inside of the house could have been wrecked by 25 kids, 7 dogs and an army of neighbours drinking pint after pint at 7pm to celebrate, well, any occasion; but as long as the grass is cut, the status of a well-maintained property is kept and you will retain your social respectability. So, put that on your list of priorities for a smooth road to integration with your neighbours (add a barbecue to that and you are royalty).

You cannot be too polite

When my parents come to the UK to visit me, my father often marvels at how polite people are on the road, once they have figured you are foreign. It’s absolutely true. Even if anger management issues have affected British drivers just as it has other people in other countries, it’s nothing like being on the continent. A car waiting at the crossing to let someone cross the street is a reality in the UK, more of an abstract concept in Europe. Anyone from France/Italy/Spain can vouch for that I’m sure.

In the street, apologising profusely after someone has blatantly bumped into YOU is pretty common (I do it all the time now).  Repeatedly apologising after being told to stop apologising is also the done thing. My favourite thing of all though is how everything is being toned down and how people will go to great lengths to be polite even when it’s not necessary.

A few examples (you can find lots more on ‘Very British Problems’ which I’m a big fan of):

Note – The gap between what’s said and what is meant increases in proportion with the amount of drinks.

Any weather forecast should be treated as fiction

The British weather. There’s nothing like it (that’s open to interpretation – some people will laugh reading this; others will cry). I always say that you can have 4 different seasons in one day and I still think that’s true. Over the years, I have learnt to appreciate that it’s actually a good thing as it means it can never be bad weather for too long (actually it can – but best not tell anyone. Besides, Brits are secretly in love with grey rainy weather. It gives them a chance to have even more tea than usual!). To be honest, that funny weather is also common on the coast of North West France actually but it’s everything around the weather that is quintessentially British. It’s a conversation starter (again, that’s the case for people in other countries too I’m sure, but the Brits do love to go on about it); The smallest ray of sunshine is likely to trigger an epidemic of flip flops; And nothing can stop a true Brit from having a barbecue – especially not the weather. Scenes of people under an umbrella, enthusiastically cooking on the barbecue are not unheard of. As a matter of fact, one of my friends often recommends that we cook the turkey for Christmas on the barbecue outside. And, no, she’s not Australian, she is British (my friend that is – I have no idea where the turkey comes from). And it’s freezing outside. I’m guessing the cold and the snow only serve to encourage them as it provides a nice dramatic view? Actually, when I think about it, this is probably the best example to illustrate the true British spirit. Besides, there’s nothing that can’t be overcome with a cuppa. Of tea that is. With a dash of milk.

If you’re reading this and think “Hey, there’s so much that could be said about the French”, then I’ll make it easy for you: ‘The French’ moan a lot, wear black at all times, go on strike, talk about food 24/7 (including at meal times) and kiss every single person they meet (it’s tiring) and much more.